Nobody really knows exactly how many active BusinessObjects deployments exist in the world today or how many users rely on it every day to do their jobs but it is a huge number.  Part of the reason for this is that many organizations use BusinessObjects as part of another application. Tools like Crystal Reports, Web Intelligence and Xcelsius have been embedded in tens of thousands of applications around the world.

The vast majority of these users do not use any other SAP software. They are happy with the mature, stable BusinessObjects tools they use but would love to learn more and exchange ideas about them. Many only use a fraction of their functionality and have had no really in-depth training on what the tools are capable of doing.

In the last five years, SAP has focused most of its attention in the BI segment on HANA and its newer analytic tools that run on HANA. The SAP user groups and many partners followed their lead leaving a vacuum of need for the core BusinessObjects users.

So about two years ago the “Let’s Speak BO” movement was conceived to provide more education and knowledge transfer around the core BusinessObjects tools and create a community for these users once more that truly speaks their language.

In January 2015, InfoSol launched the first of the “Let’s Speak BO” webinars. These are free one hour educational sessions on the core BusinessObjects tools and platform delivered by both customer users and product experts. Some are actual case studies while others are tips, tricks and live demonstrations on how to get the most out of BusinessObjects. They have run on a Tuesday every two weeks since that date and grown from a handful of subscribers to over a thousand in less than two years. Several organizations have told me that they bring all their BO users into a meeting room every two weeks to watch them and discuss afterwards. Once you subscribe to the webinar series, you have free access to all the previous webinars that you can stream and watch too.  The library is extensive and growing, and in itself, is a great way to learn a lot about all aspects of BusinessObjects.

But Let’s Speak BO is a lot more than just webinars. New BusinessObjects user groups have emerged all over the country holding regular meetings two, three or four times a year. Some are a whole day and some half a day, but all are following the same mission of providing education and knowledge exchange for the BusinessObjects community. The people organizing and involved in these events are passionate about BusinessObjects and the number of attendees as well as new groups is growing rapidly.

In addition, for the last two years the InfoSol Business Intelligence Seminar (IBIS) has been a big part of the Let’s Speak BO movement and now is the only annual conference completely dedicated to the BusinessObjects community.

This new “Let’s Speak BO” web site is destined to become a community gathering place for collaborating around everything BusinessObjects and I, for one, am very excited about its future. 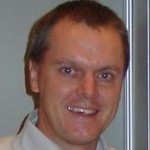 Paul Grill started his career in Information Technology in the U.K. in 1978, as an Executive Data Processing Trainee for Honeywell. More than thirty years later, he still has a voracious appetite for learning as Information Technology continues to advance at an ever accelerating pace. He was first introduced to the world of Business Intelligence in 1991, in France, when he saw a demonstration of an early version of BusinessObjects on Windows 2.1. He returned to the U.S. to rave about this phenomenal product, but it was many years before BusinessObjects made it into the mainstream. Paul founded InfoSol in 1997, and made Business Intelligence one of the key solutions offered by the company. Today, InfoSol is a leading SAP BusinessObjects solutions partner, known for its expert consulting, education and innovative add-on solutions. Paul is well known within the SAP BusinessObjects community for his extensive knowledge of Business Intelligence, and he has lectured and written many articles on the subject. Paul enjoys writing, running and coaching kids soccer, and is passionate about Ancient Egyptology.