As many SAP Dashboard developers can attest to, building out a fully operational and end to end dashboard solution using the longtime BusinessObjects data visualization tool, SAP Dashboards, can be an arduous task. SAP Dashboards, previously known as Xcelsius, takes quite a bit of planning, implementation, and iterations in order to get the final deliverable you and your team were aiming for.

So imagine the idea of building a dashboard once and then reusing it as a template that just populates new data automatically when the new data is ready. Sounds too good to be true? Lori Wagner, Business Intelligence Project Manager takes our audience through a fascinating case study on exactly how her organization implemented such a solution that in turn increased work productivity and efficiency due to their no longer being a demand to create new dashboards per new datasets.

This story incorporates a team of developers and SAP Dashboards consultants that were able to map out a detailed project that based upon the design, look and feel, would accommodate the automation of updated data sets utilizing the third party add-on platform, InfoBurst. Having the ability to schedule and deliver data from multiple sources including SAP Universes, SAP BO reports, database queries and more, allows the developers to sit back and enjoy the production ready dashboard that, based upon a set schedule, will populate the latest data and deliver the custom template dashboard to a variety of end users for consumption. 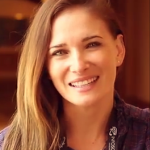